Home » Kennett UK Vacation No3; Weston-Super-Mare
0
SHARES
ShareTweet
Subscribe
Not a great deal of time here sadly as we arrived from Bath at about 2100, so pretty much check-in and then bed for early start to Cheddar Gorge which I had see signs for earlier. Thats’s our morning mapped out so to bed children and adults and arise early for a monster full English breakfast.
A rather chilly start to the day sadly today. Overcast bringing huge worry pangs to me regards to what the weather would be entailing for us tomorrow for brother DK and Claire’s wedding just up the road in Clevedon. We have everything crossed.
Off to be bed lulled to sleep by the hammering overtones banging out from a biker pub opposite the hotel called Scally’s. Not sure we would stay at the Premier Inn on Beach Road again. Hey ho.
Anyway after a surprisingly good sleep we are brekkied up and off. First a few snaps of Weston-Super-Mare for you. A first for me.
Weston-super-Mare is a seaside resort not unlike good ole Margate, it but i just happens to be in Nort Somerset, approximately 18 miles South West of Bristol.
Apparently it was still a small village until the 19th century when it became a seaside resort, and was connected with local towns and cities by a railway, with two piers then being built to encourage the foot-fall.  The low tide mark is about 1 mile from the seafront due to the large tidal range in the Bristol Channel, so yep when the tide goes out – it REALLY goes out. Also known therefore as Weston-Super-Mud because as the tide goes out past the sandy beaches huge patches of thick=k mud are exposed that are actually quite dangerous to walk across.
What you can see below is Knightstone Island that used to house a theatre, swimming pool and sauna, after having been purchased by the physician Edward Long Fox in 1830. Sadly though it fell in to years of disrepair and dereliction, but has recently been redeveloped during 2006/2007, in to luxury apartments and commercial outlets.

What’s the that in the distance.
Yep that will be Wales, just across the Bristol Channel.
Like being in Singapore and looking at Malaysia across the way. 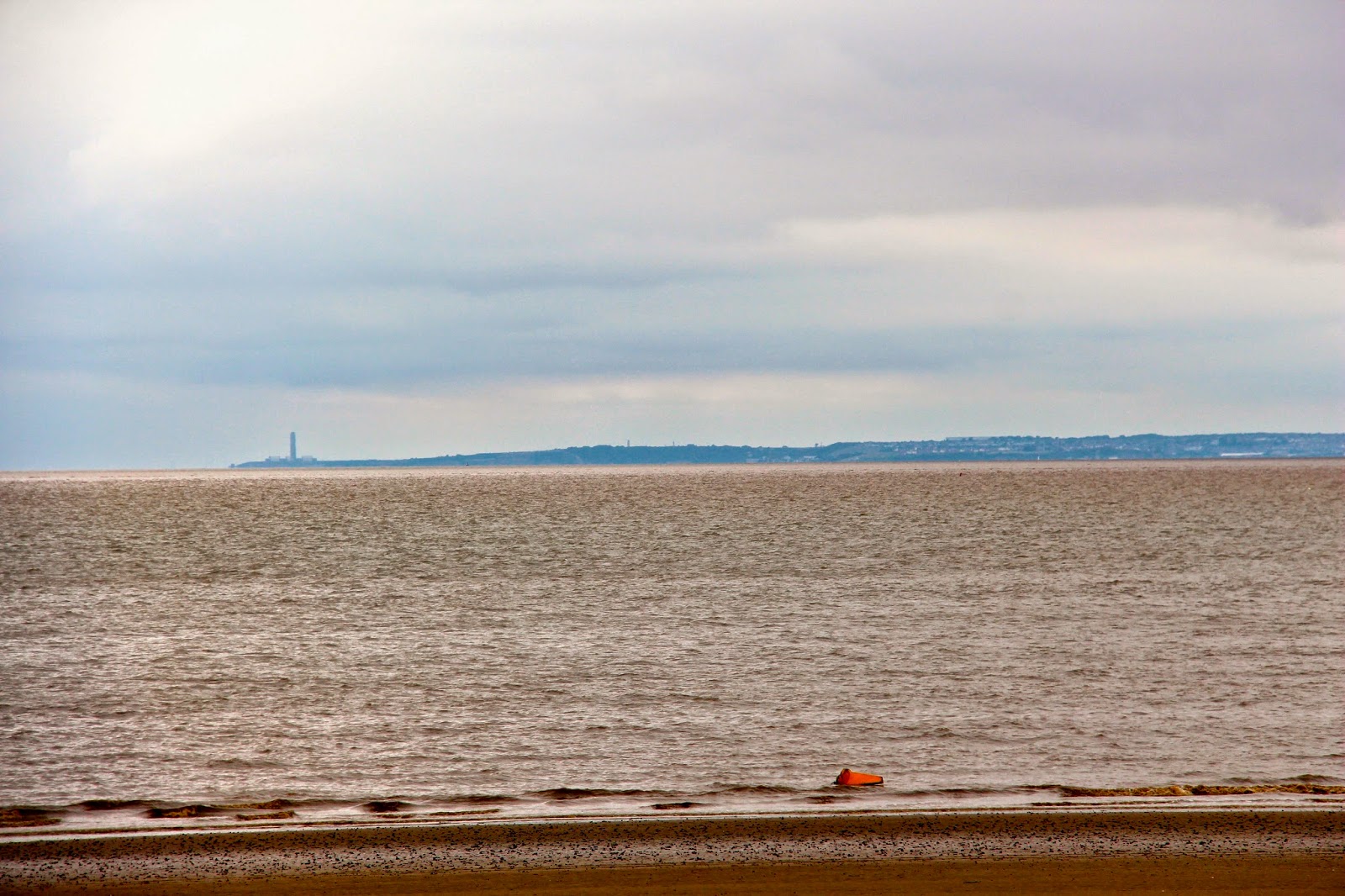 Did you know Isambard Kingdom Brunel and his gang lived here? Well he did whilst supervising the building go the Bristol and Exeter Railway. With the opening of this in 1841 the tourism floodgates literally opened up – again not unlike Margate it was the miners in the main coming down for bank holidays across the Bristol Channel in paddle steamers, or from the Midlands and further afield on the trains. To provide some entertainment BirnBeck Pier was constructed in 1867 – team rooms, arcades, funfair rides etc. But now derelict so in 1904 they opened the Grand Pier as below. Then we spin off at haste to The Cheddar Gorge.
Reputedly the place with only one factory (small) that resides there as the only cheese manufacturer or Cheddar Cheese that is located in Cheddar. More on that later.
It was completely by chance that I saw a sign to Cheddar Gorge, did a wee Google from bed in the hotel and boom our plans for the next day changed. We parked at the mid point, walked down to take the tour bus and then went up the gorge and in to the cave exploration. It is a limestone gorge in the Mendip Hills, near the small village of Cheddar. Site of the Cheddar show caves and the finding of Britain’s oldest complete human skeleton – Cheddar Man – estimated to be over 9,000 years old. The caves were formed by underground rivers, and you’ll see evidence of that shortly. 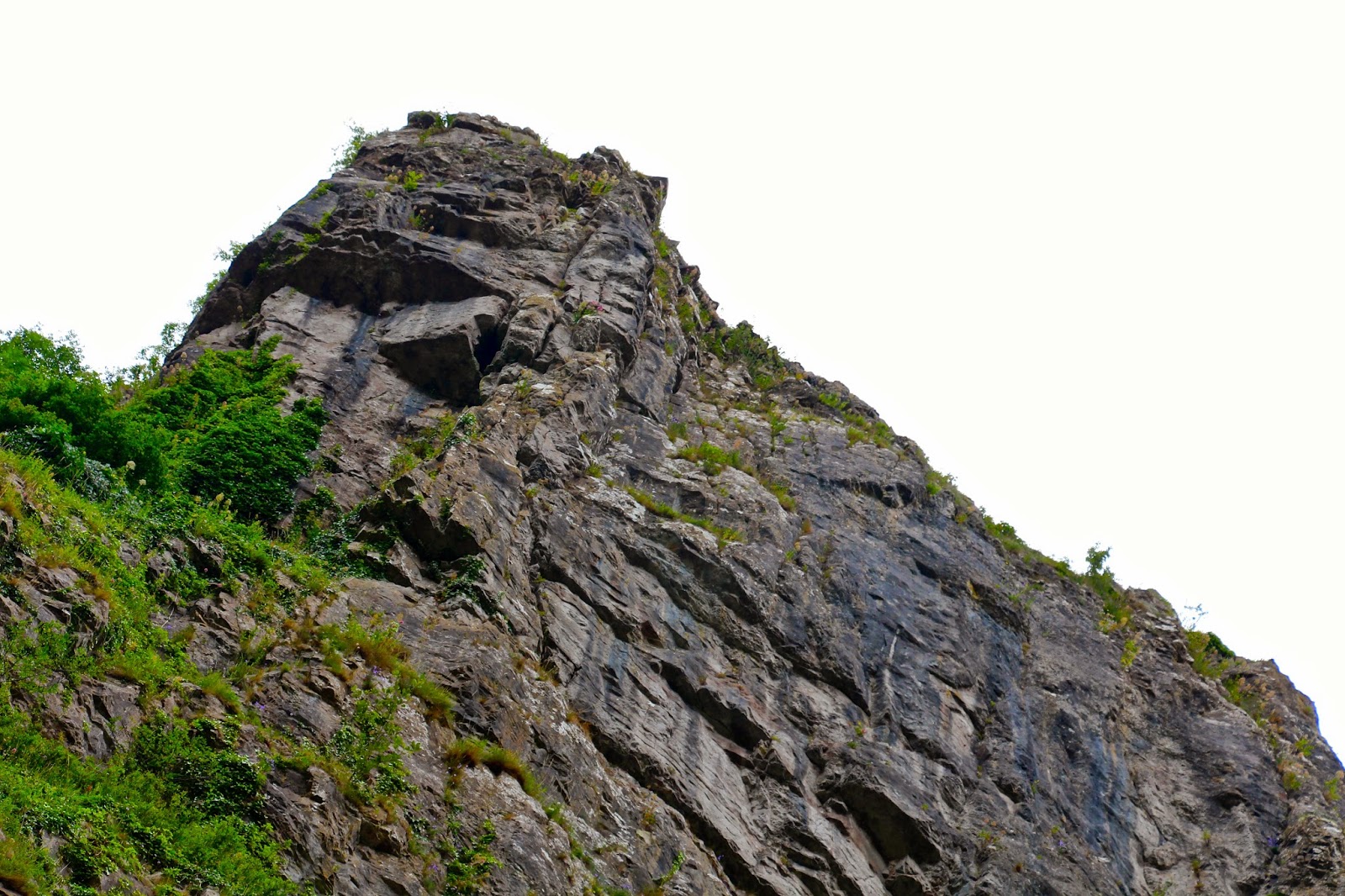 The two main caves open to the public are on the southside of the Gorge, owned by Longleat Estate – yes the eccentric Lord Longleat – now that I did not know. The two caves are the extensive Gough’s cave, that we visited, the smaller Cox’s Cave.  Both are named after their respective discoverers. Both are known for their geology, and it has been suggested that the caves were the site of prehistoric cheese-making. Gough’s cave, which was discovered in 1903, leads around 400 m into the rock-face, and contains a variety of large rock chambers and formations. Cox’s Cave, discovered in 1837, is smaller but contains many intricate formations.
The Gorge’s many caves are home to colonies of bats of the Greater and Lesser Horseshoe variety. Amazing cascades of rock formed by continual flows of water containing oxides. This one looks like a rusty waterfall off sorts. Amazing. This is the polished rock I was telling you about – caused by air-pockets being caused by the flowing glacial waters. Looks like a Milk Chocolate Whisper doesn’t it. Nope it is millions of years old rock polished by an underground river. Amazing looking it truly is. 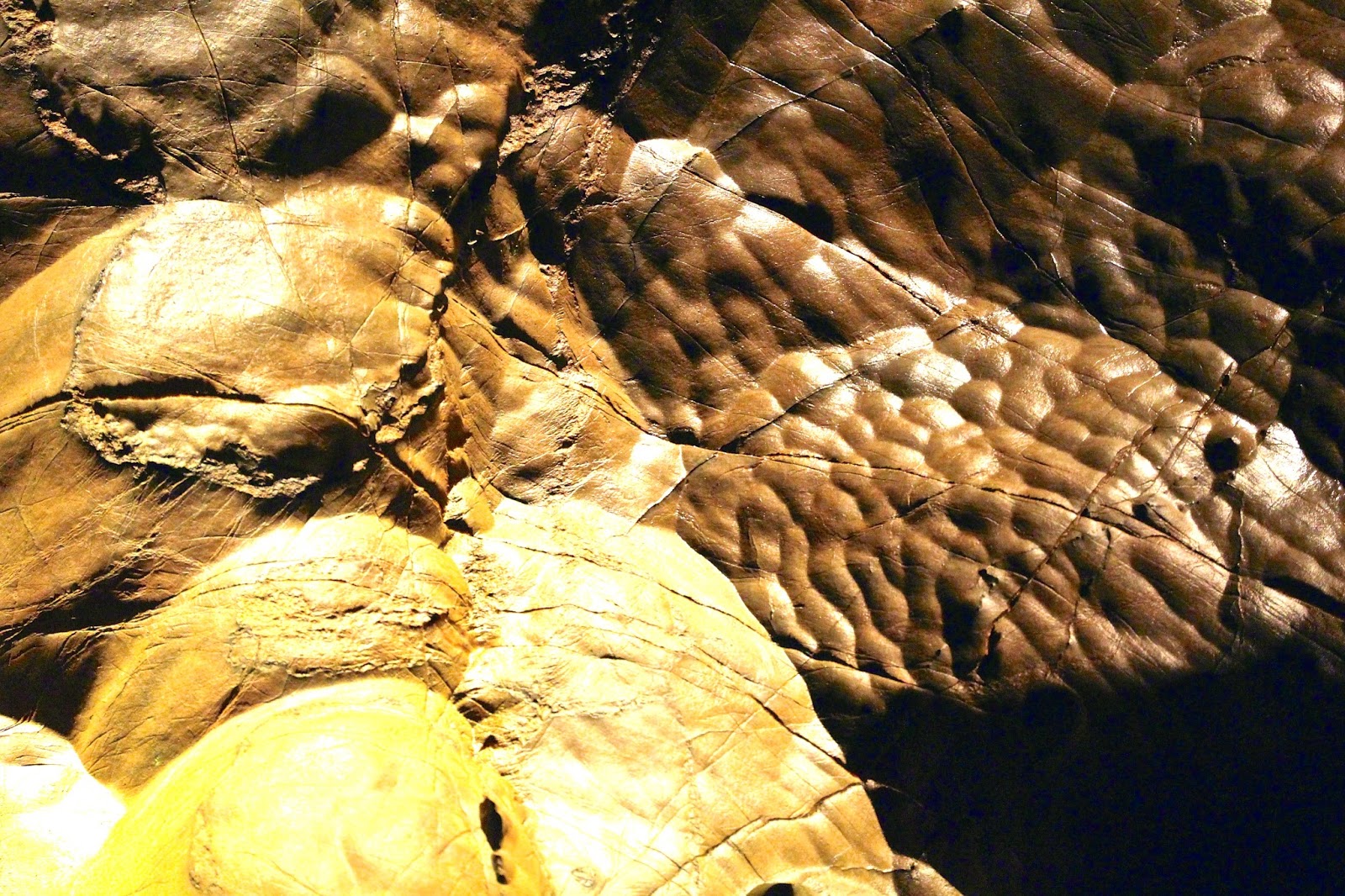 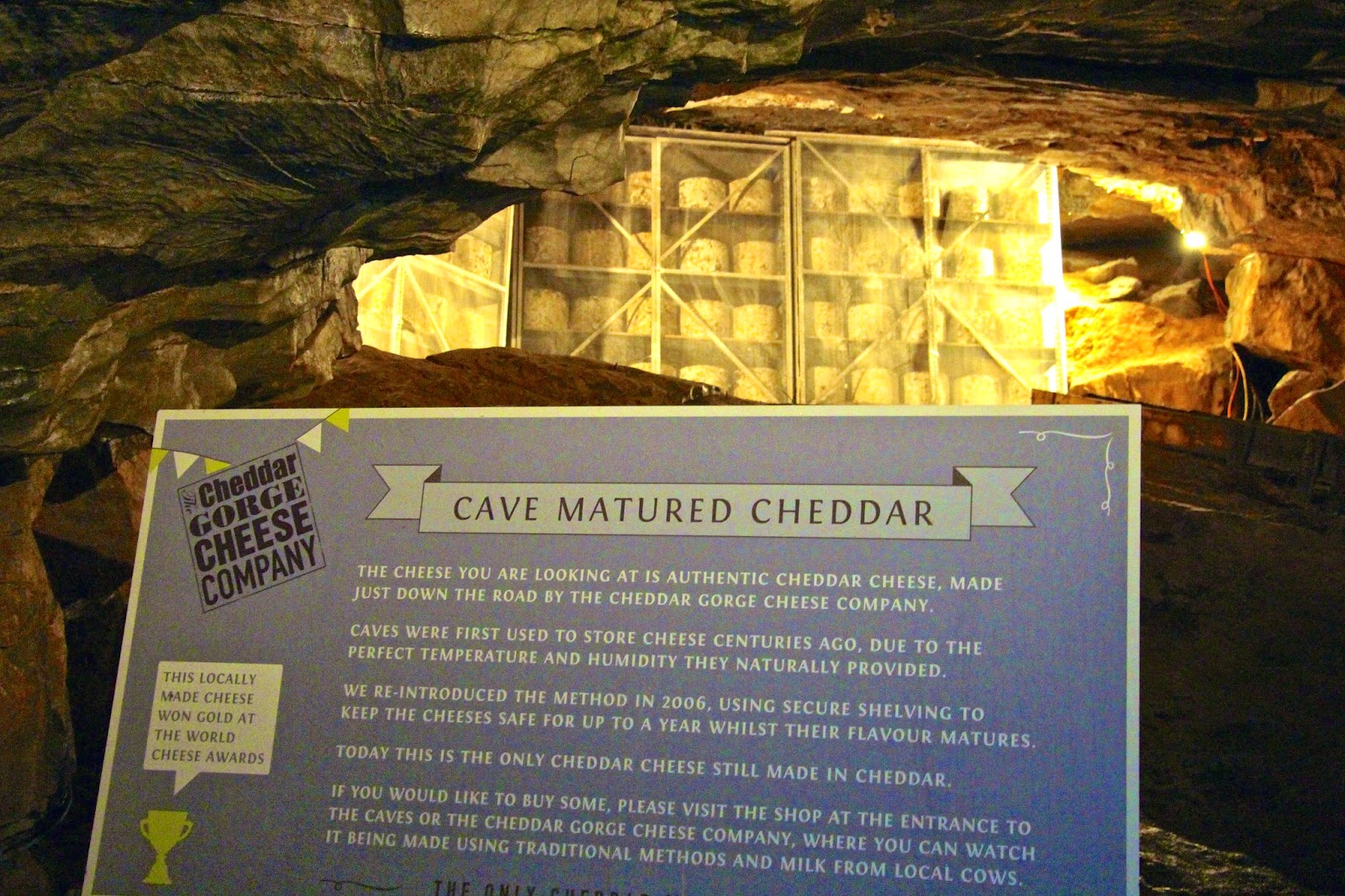 This is uber cool.
The only Cheddar Cheese still made in Cheddar being matured in the caves. Apparently perfect temperature and humidity seem to determine that cheese has been being made in this fashion for many many years. In fact thousands.
We purchased some of this and ding dong it was simply delicious. 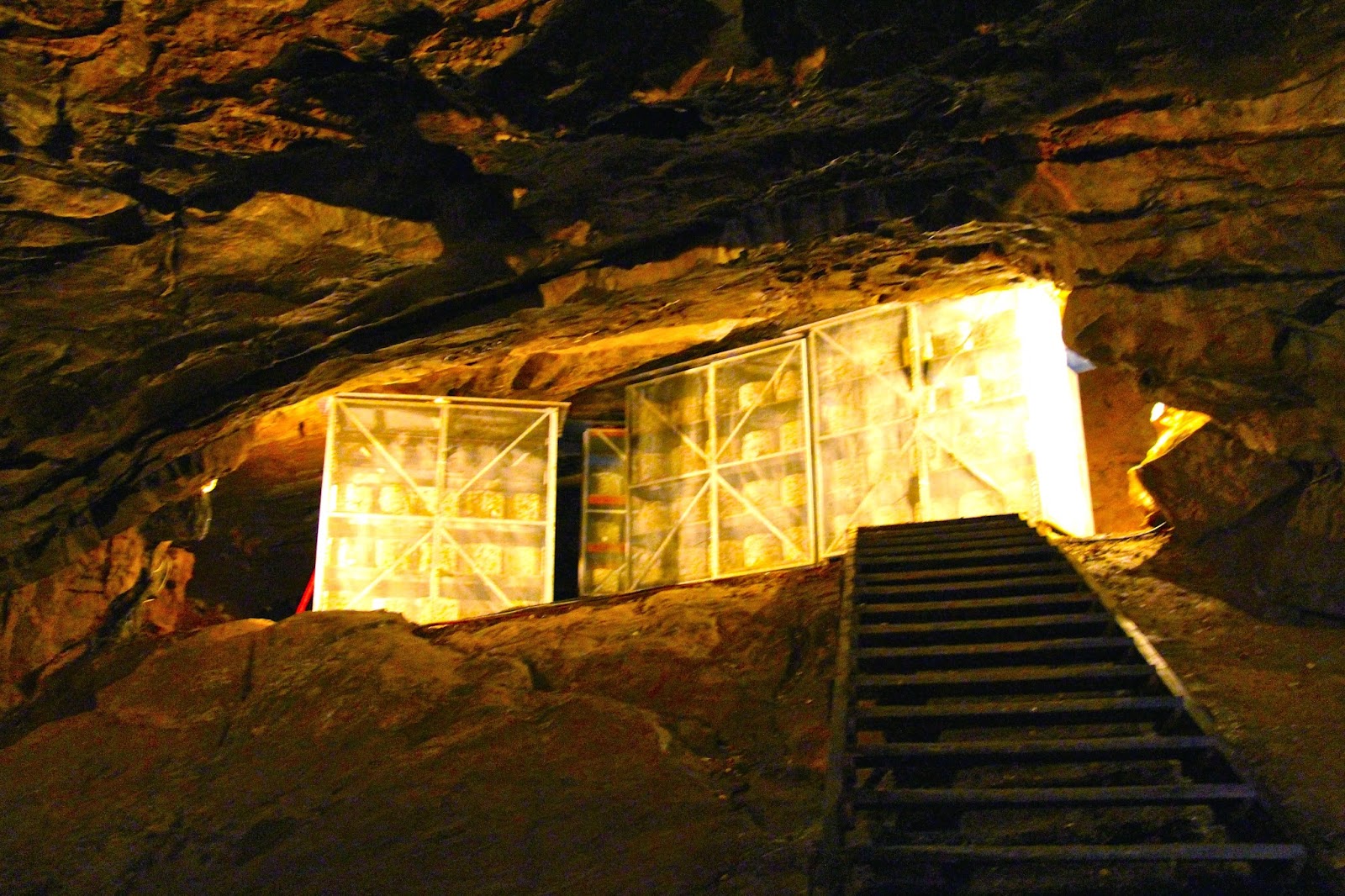 Mirror pools as the name suggests.
Perfectly symmetric reflections of the ceiling in the still still waters below. 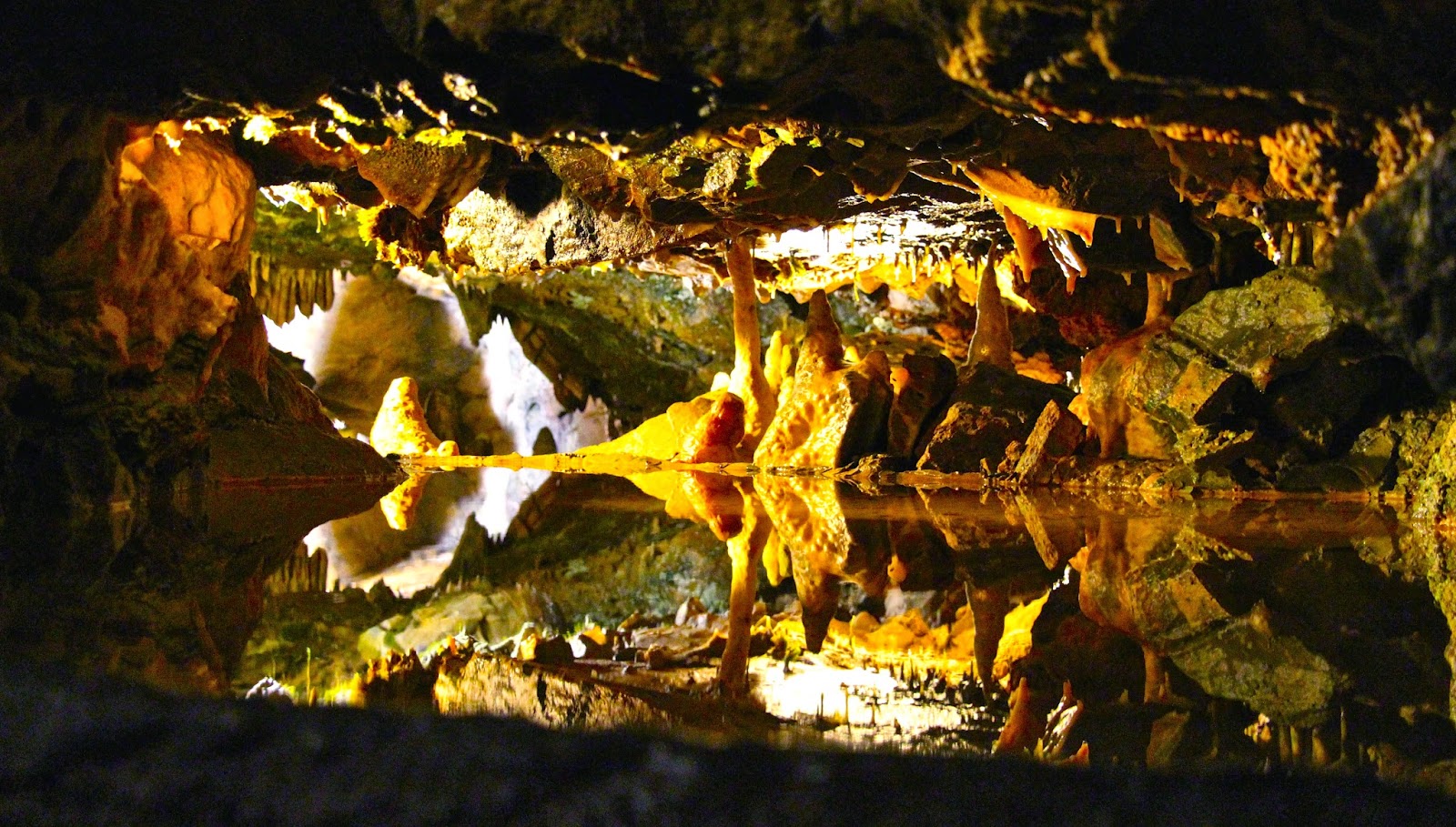 This is called St Pauls – named by Mr Gough as such because of its grandeur and the huge dome sat atop what he thought looked like organ pipes. Yep I get it mate, I get it. 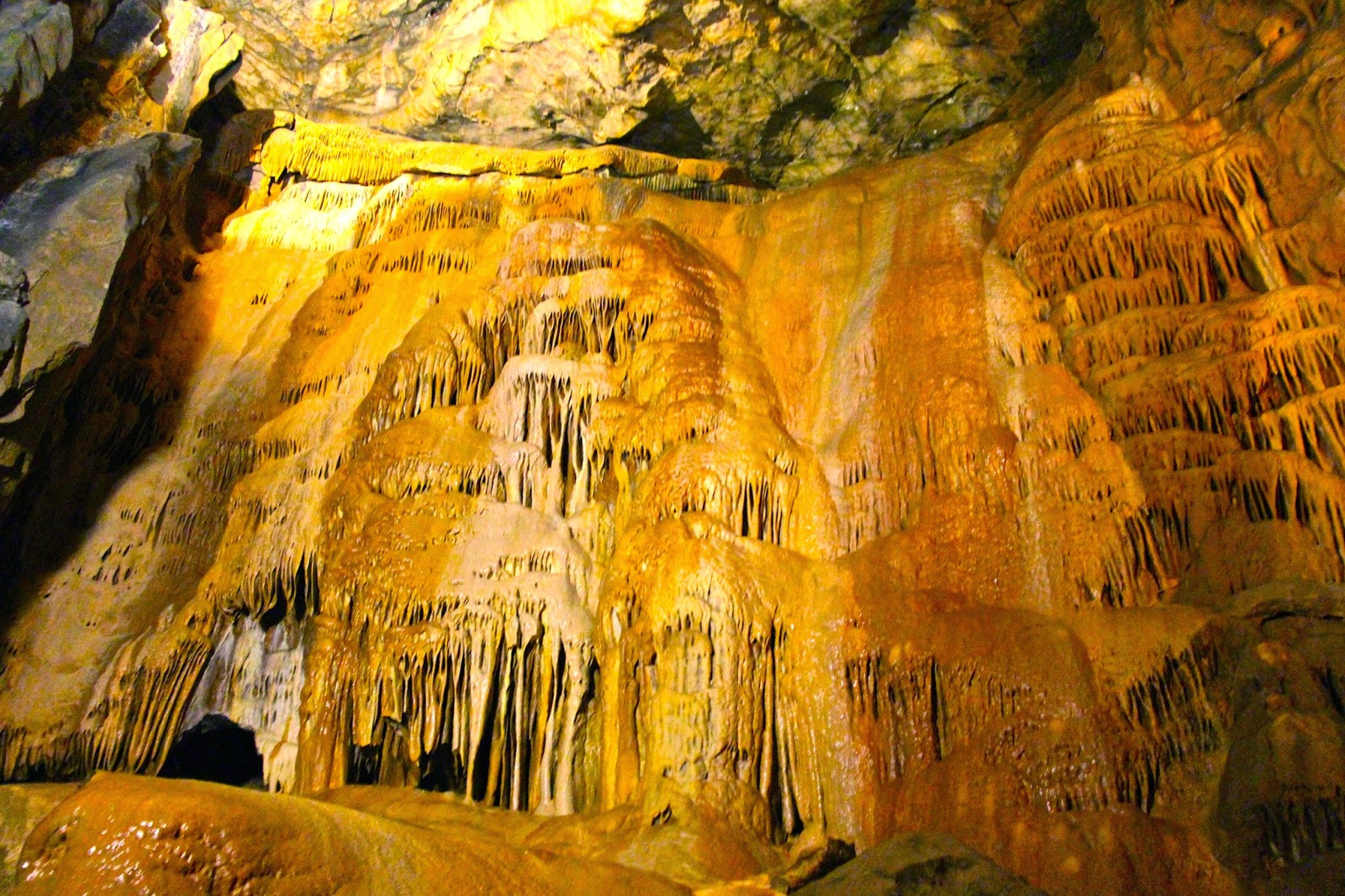 Another little know fact.
JR Tolkien, of Lord of the Rings writing prowess, was said to frequently visit Gough’s Cave for inspiration for his writings. If you look at this picture it truly does look like some fairy-tale landscape with green forests to the right, and icy landscape in the middle with a huge tower arising.
Yep I can see where he got his inspirations. 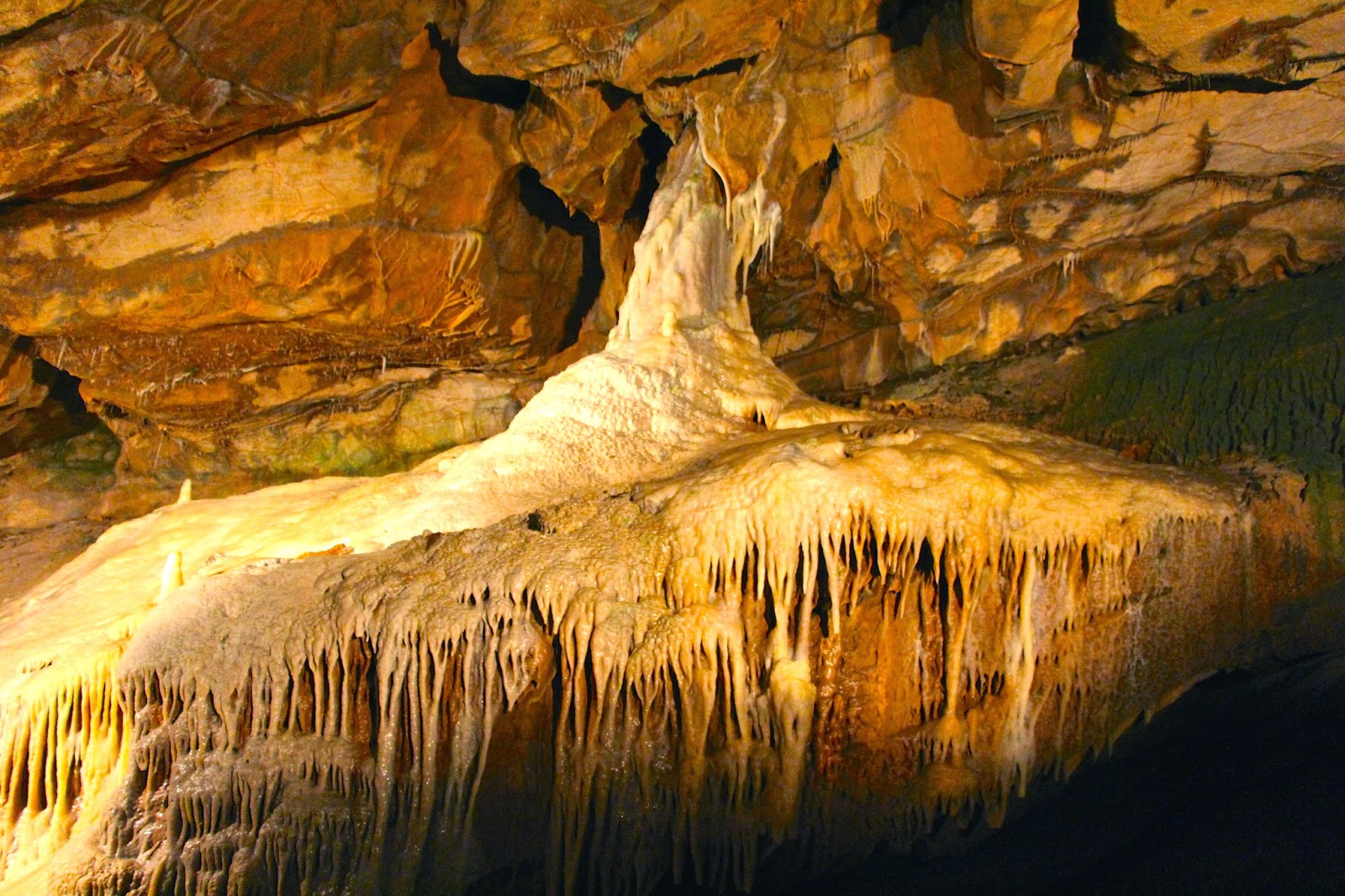 This is apparently Gough’s favourite – some 400m in to the cave system.
Another grand and huge cave, St Paul’s on steroids perhaps.
Truly amazing, breath-taking in fact. Then back out in to the light.
Amy was a little scared and Jude was getting cold, so the last few meters were done in double time to get to the light and warmth.
This is the view that greets you. The Millhouse Hotel, sat on the beautiful beautiful mill pond. Again look at the reflections of the trees, flowers and mill house. Stunning.
Maybe next time we stay there so I can have a nice pint of cider with my cider and no driving!!! Back to top
Kennett UK Vacation No2 – Bath

Kennett UK Vacation No4; The BIG weekend begins, the knot gets hitched for DK & Claire