Uncle Geoff and Aunty Sue came down from Essex and wanted to meet us all as we were here.
So back garden at Mum’s chatting in the Sun, with Jude trying to eat half the garden. A lovely time.
So let’s extend that fun and go for Thai food in the evening at Siam Kitchen in Broadstairs.
Mum, Ollie and Amy arrive in style in the convertible.
I must just say if you are anywhere near to Broadstairs you really should try this place, the food is absolutely authentic cooked by husband and wife with their kids running about downstairs. A huge menu though – so beware – making your choice in the first place is really hard. But when you do, and when it arrives it is truly wonderful. They don’t hold back on the spice either, so a 2 chili logo is nicely hot hot hot. Simply gorgeous.
They the lamb shank and any of the salads with Thai Basil, I had the pork version. Oh yes baby!!!
Washed down with a couple of Singhas and some lovely conversation with our family.
Doesn’t get much better it has to be said.
Even Jude got stuck in to the rice crackers and stuffed chicken wings with pork mince. 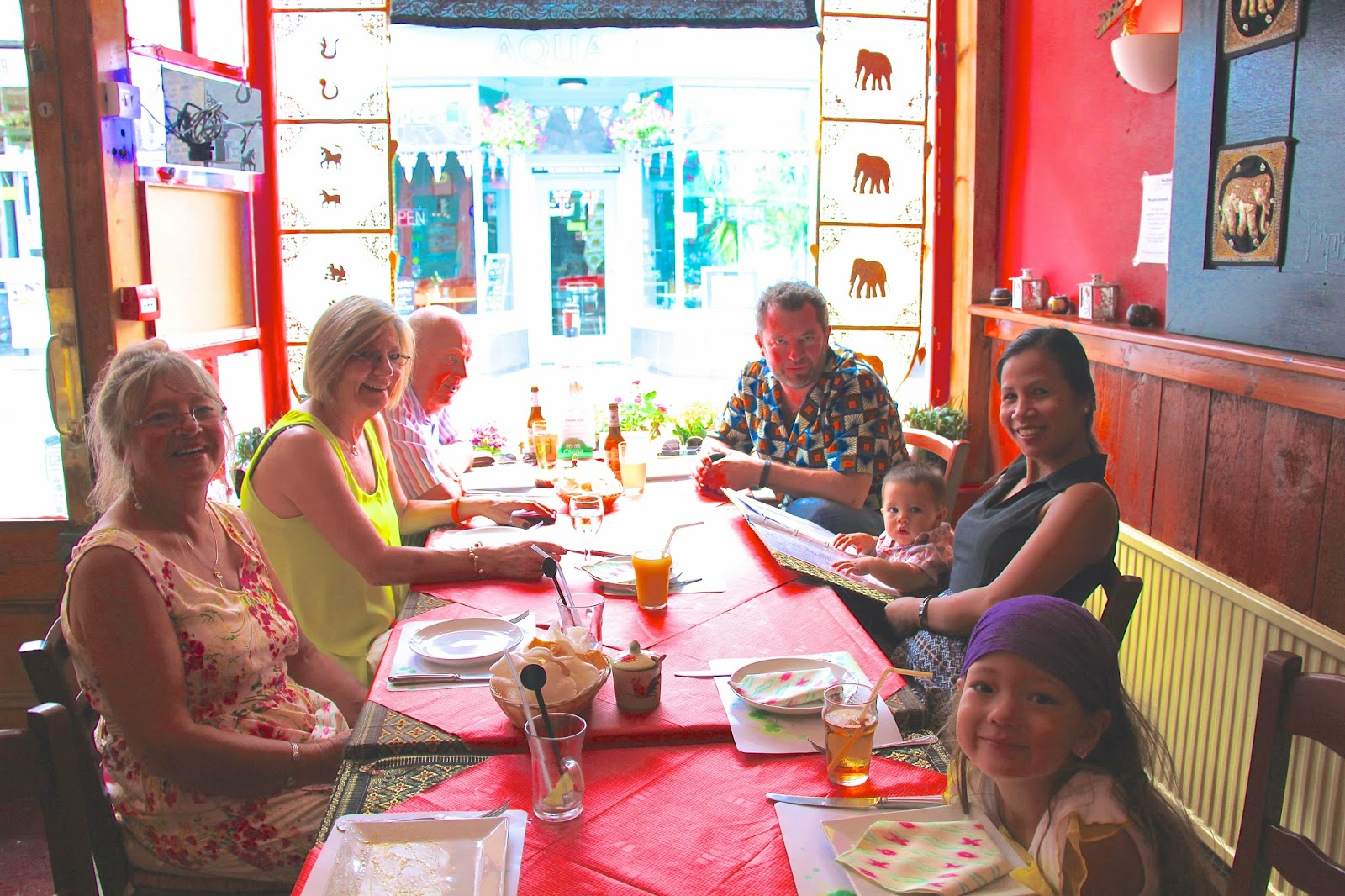 Next day off we jolly well go to Reculver.
I would suggest you need to be a local to know what that is, and where that is
Following the theme of Bath, I thought I would take the family off to see the local version.
AD200 saw a Roman fort being built on this land, and remained for the next 207 years until the Roman army left Britain. Then in the 7th century AD a Christian Monastery was built within the ruins of the fort. The fort was called Regulbium, and was frequented by Roman soldiers and sailors that fought overseas and locally, tending to support other armies and protecting tax collection.
Major changes to coastline have altered the look somewhat, and in fact sea erosion has wiped away over half the fort already. AD669 saw a Canterbury priest build a large church there, that then got evacuated and abandoned in AD800 when our mates the Vikings came a plundering until 1016. Likely then following the Norman invasion the church was reused as the Reculver parish church until in 1805 a rather unusual decision was made to demolish the church. Even stranger is that they allowed the two main towers to remain for shipping navigation purposes. Hey presto that is what remains today.
Still I have to say pretty damn impressive. 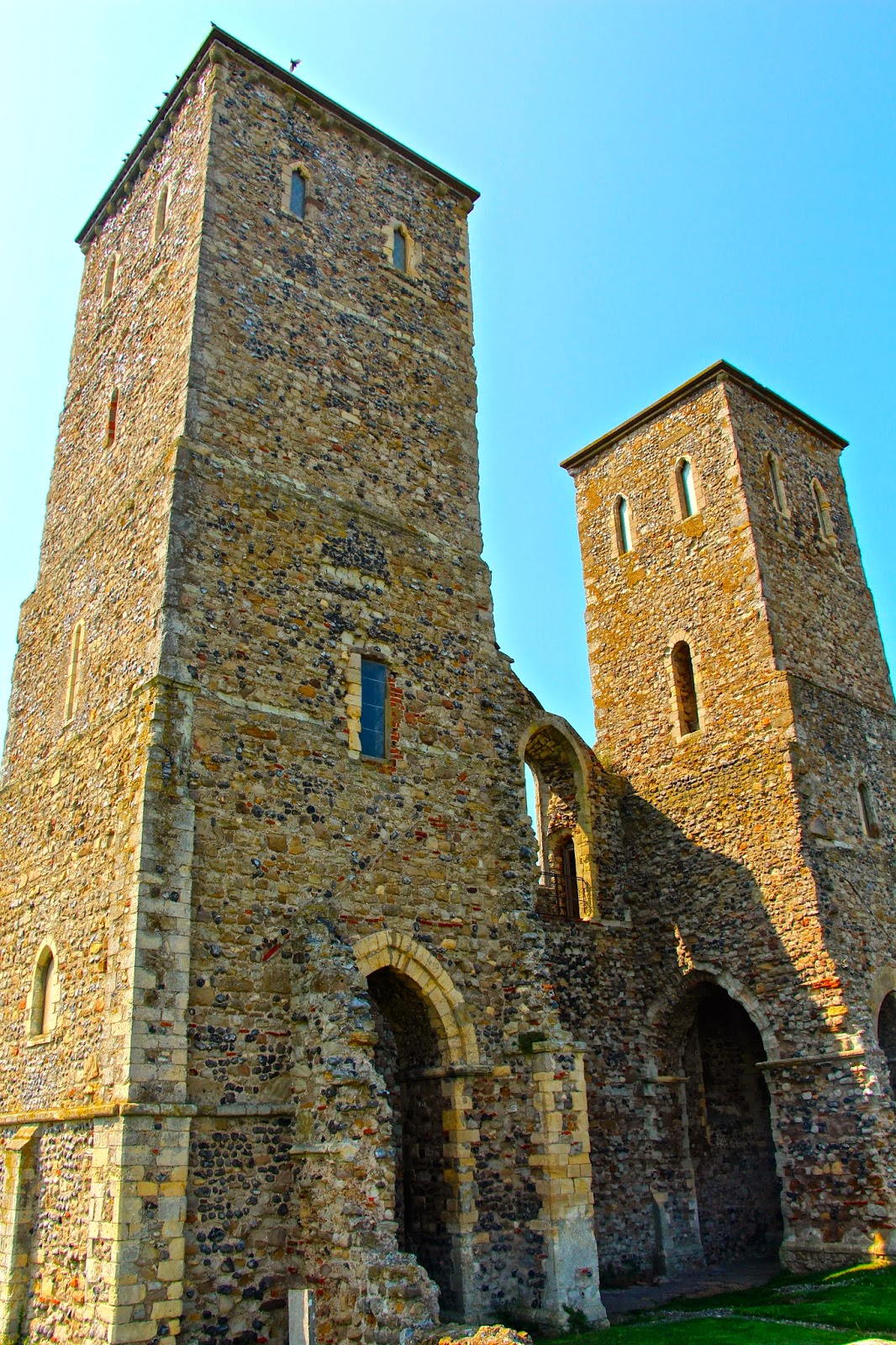 A nice view back down the coast – I believe I can see Margate over there in the distance. Back to top
Kennett UK Vacation No3; Weston-Super-Mare