Home » Last weekend before we lose Amy and Mary for a week
0
SHARES
ShareTweet
Subscribe
Yet another “Great Escape” kicks in to action tomorrow midday Singapore time.
Only Mary and Amy are doing the “digging” this time, and will go back to Philippines to kill about 18 birds with one stone.
Amy was just desperate to go back with Mary and see Mary’s kids and the monkey of course, and her being such a traveller and socialite how can you really say no. Plus we’re really hoping it may help with the “Great Escape” return success, well I do at least!
Mary gets to go back for her Son’s graduation from school (all growing up) and to see the rest of the family, friends and just spend time home with loved ones, with one of mine now in tow too.
So this weekend we had a packed one on Saturday and a major let down Sunday for a number of reasons – I won’t go in to them here. Shame as this was the last day before a week of not seeing each other for my family, but at least we had Saturday.
That started with one of Amy’s school mates birthday parties – Mathis. That was a football party at a place called Shaw’s Little League just over the road from the condo (we used to take Ollie there when we first moved to Singapore).
First thing to do of course was to get dressed in appropriate clothing and attire for said event.
OK that’s do kids – nice turn out – Chelsea through and through!
(Notice the new canvas photo directly above Ollie’s head – that was one from the last “Great Escape” – remember. Well yes got it blown up and on a canvas. Just love it! 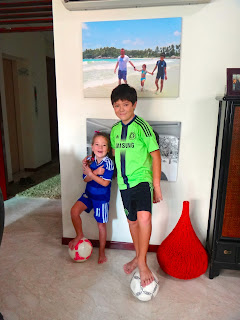 Then off we go for football football football.
Absolutely brilliant fun was had by about 40 kids in total, plus adults watching. Ollie (even though 11) was also allowed to join in – thanks so much for Tara, really appreciated. 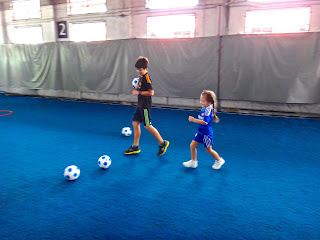 I tell you what, Amy surprised me here today.
She has great eye to hand co-ordination, is a demon on a bike and a scooter and all that. BUT my word check her out in the next few snaps – she’s a bloody good football player too. A natural potentially! 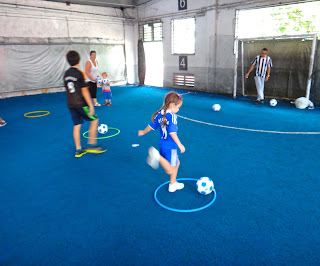 She drops a shoulder, and gracefully glides past the last defender (happens to be Ollie) to attack the goal, shoot Amy, shoot! 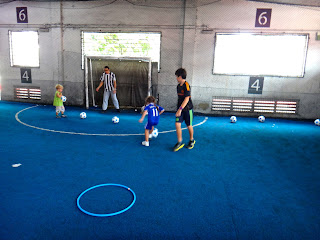 She’s on goal again, and takes a strike at least 100 yards outside the goal, putting dip and curve on it to smash the back of the net. OK OK you know I am joking here, but seriously look where she is and the ball is and that the ball is blurred – she BELTED this thing – As I said very impressive/ Games began. Dribbling, bashing them with padded pads, shooting practice, just running and going crazy,  warm ups. Lots of fun as the kids ranged from 3-11 (excluding the parents of course).
Below is the lead coach splitting them in to teams and allocating coloured bibs, and teaching them the plan. Fair play to the man, they’re all very attentive aren’t they. 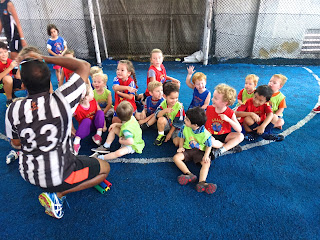 Here come’s dribbling and shooting practice.
Can you see my guys over the far side – ball at feet, great work guys – looking real good, and brother and sister in unison too. Love it! 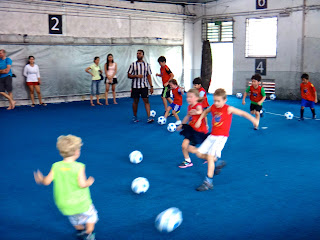 TV commentary goes:
“And number 25 for Chelsea is a new signing, Oliver Kennett. Playing today all over the place with his sister, he will certainly bring a challenge to the opposition (especially as they are all 3 and 5 years old). Known for his speed and dashing good looks, he’s sure to be a winner.” 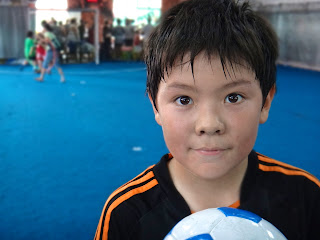 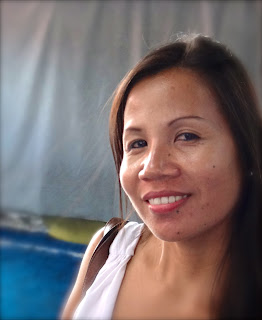 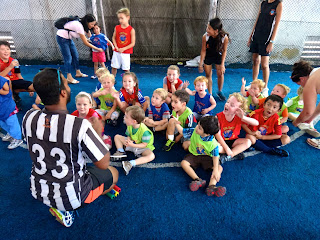 Aftermath – two bunches of birthdays for the two chaps in the middle – one 5 and one 3. I’ve never seen so much sweat and dirt on a group of kids. SO hot they were even sweating from their elbows – there’s a first! 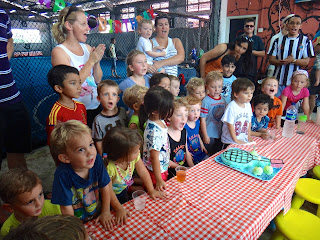 Happy Birthday kids and thanks so much for the invitation! 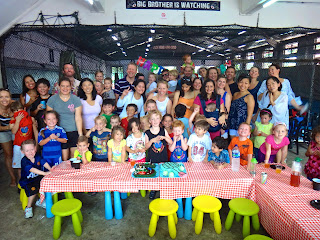 Oh dear melt down.
She had a pause for about 20 minutes when the food came out. She sat in the ring like being protected in a pentagon from evil spirits. Finally we managed to get some food inside her.
Refuel done and… 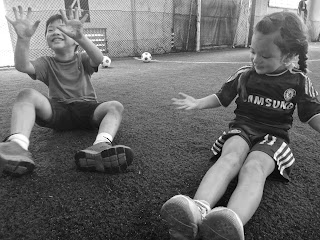 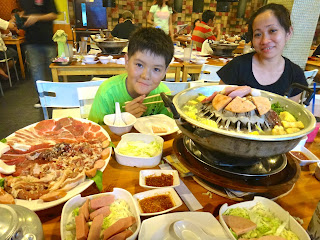 As a VERY big treat from Mary we were then all invited out for dinner at a new place for us. A place we have driven past lots but have never yet frequented. So at Mary’s very kind offer let’s not waste that chance to explore – and bloody hell SO SO SO glad we did.
You have to try this place – Mookata, Traditional Thai BBQ, 103/105 East Coast Road, Singapore – literally right opposite I12.
It’s like Korean BBQ with Chinese steamboat all in one – but I have to say I think best I have ever had of either separate or combined. You have to try. But get there early or get it booked as we left about 2030 and the queue was down the street.
Oh yeah also don’t plan to leave there and go straight out to some funky night club or anything. You STINK, absolutely REAK of BBQ smoke, garlic and cooked meats – but all in a good way. Just don’t wear your dinner jacket and tiara chaps!
Mookata is literal translation from Thai to English of “Pork Skillet”.
We had meat feast platter – enough for 5 easy. 3 lumps of pork fat you whack on tap to melt and greaseproof (we found out after – as we thought it was tofu). But anyways you’ll get the idea if you go. Then you have a monster plate of meats – hot dogs, cheesy dogs, marinated beef, shabu shabu, pork fillets, pork belly, chicken thigh, chicken skin, plus stock to go in the tray beneath that then collects all the juices – that soup becomes the best you’ll have ever had at the end – add to it cabbage, mushrooms, sweetcorn and the like.
Dear me this one as my great mate Dougy would say is 500%; “Winner, winner, chicken dinner!!!”
You have to go – and if you, let me know and we’ll come too – OH yes! 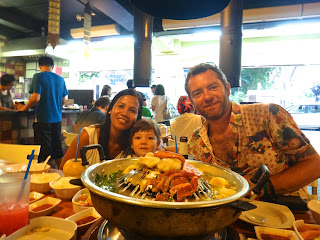 It’s official. I am mid-life crisis.
Does that involve buying ferraris, doing bunjy jumps etc.
No it involves me going to local pet shop in the CBD and buying the fish – remember, new babies in the Kennett family?
Well here is two more – Snowy and Ariel our two new dwarf hamsters. I have been badgered and badgered – well actually hamstered and hamstered by the kids to let them get these – so today succumbed and here are our new babies.
Add the kids, to the hamsters, to the baby fish we have and we now have a family of 438 living in a rather small condo. Dear me! Not so much “Great Escape” – more “Search & Recovery”