Yes it’s Christmas time, even in Singapore, ha ha! So the LOVELY mum’s in the condo came up with the idea of renting one of the common rooms and having a kids Xmas party complete with cakes, pizzas, party games etc. Just such a giggle seeing all ages mucking in to the fun from tug of war, limbo and musical statues. One game “failed” (sorry Shelley) as it’s called sleeping rabbits or something where the kids have to lie still and not say anything. Anyone who makes a noise/moves is out – guess what telling 40 kids to lay down and be quiet, it was a mass walk out with like 35 of them going to the toilet ha ha!
I love some of these videos, check Ollie. Clearly ants in his pants or too much food colouring ha ha. Keep moving Ollie Boo, great dancing son! 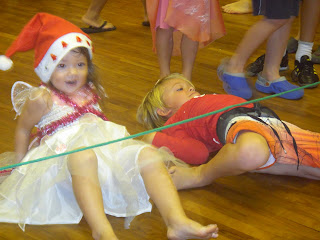 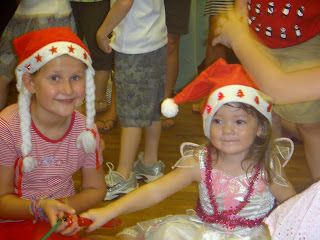 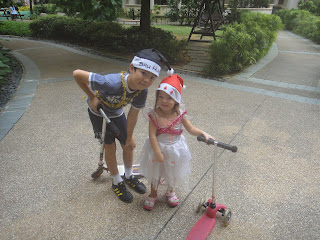 The Xmas party organised by the Mum’s – MAYHEM ha ha!!!