Now we are on first name terms with all the characters as we’ve been so many times already – ha ha!

So this is Steve and Janet. Yeap you thought I was going to say Woody didn’t you! Ah what a cute muppet!

Not you Amy, Daddy meant the Sesame Street characters. Whoopsy! 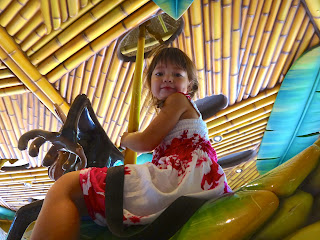 Sometimes the best place for my two – yep behind bars!! 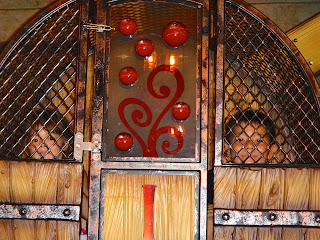 Ollie in front of his favourite room of the house – although he didn’t stay as long as usual this time.

Yep he didn’t have either his iPAD or a book. Good work Ollie. 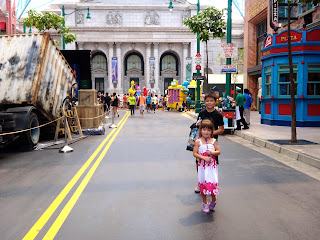 Either Uncle Darren has shrunk, or is that the biggest slice of pizza you have every seen in your life? Luckily she had used deodorant! 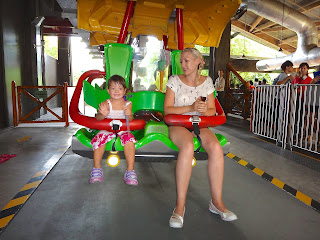 And again – are these two girls best buddies or what. On to the last ride of the day and Amy chooses to sit with her Uncle & Auntie (officially), Madagascar. Back to top
The final night with DKHNY & Claire

LegoLand Malaysia – a 1st for us all